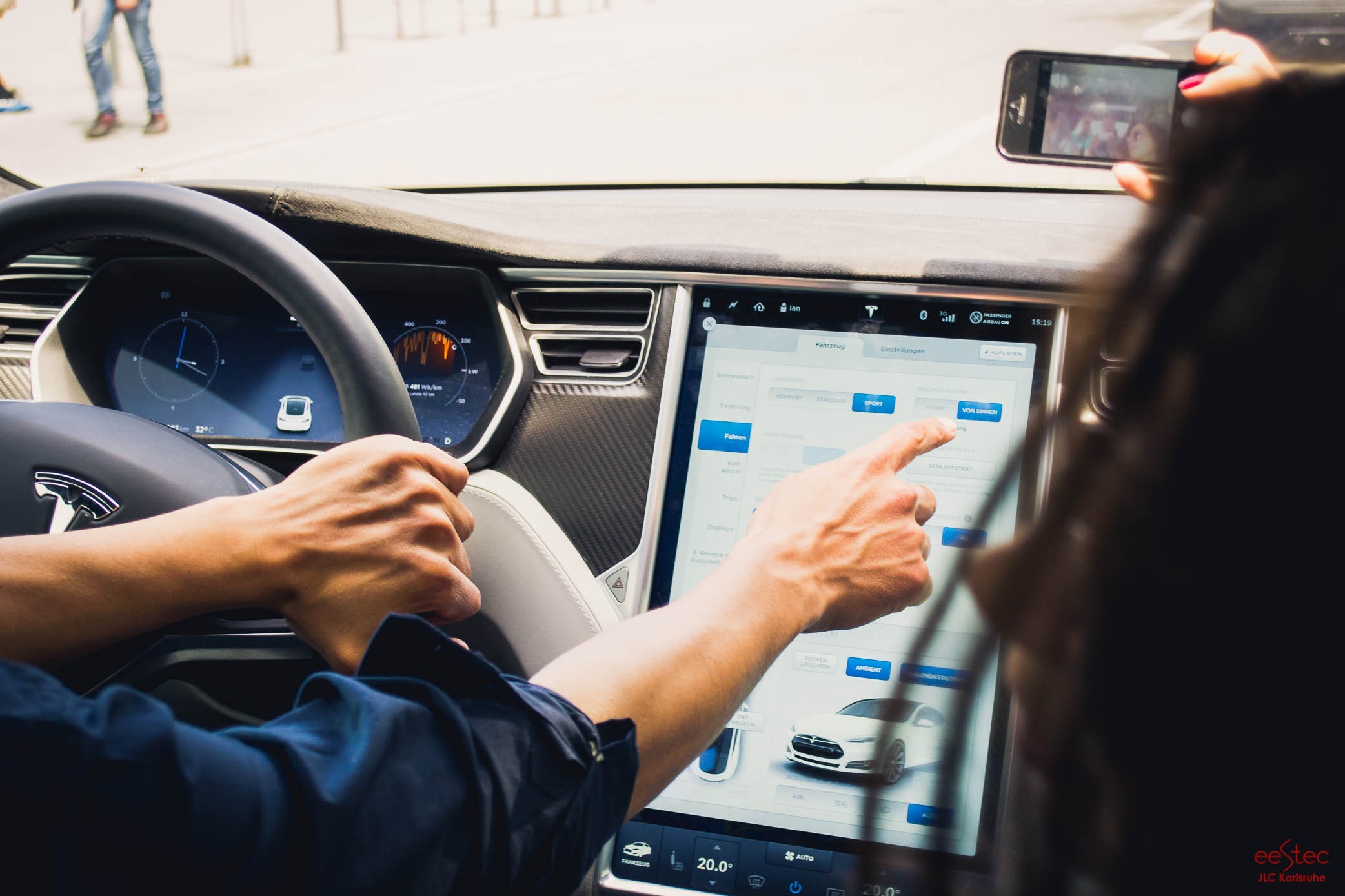 After taking part in the lecture and visit to the Institute of Electrical Engineering (ETI), the participants had a chance to see the cutting-edge engineering put into practice thanks to the world famous all-electric Tesla Model S, right here on Campus Süd.

In late 2014, Tesla CEO Elon Musk unveiled two dual motor all-wheel drive configurations of Model S that further improve the vehicle’s handling and performance. The 85D features a high-efficiency motor at the front and rear, giving the car unparalleled control of traction in all conditions. The P85D pairs a high-efficiency front motor with a performance rear motor for supercar acceleration, achieving a 0 to 60 mph time of 3.2 seconds – the fastest four-door production car ever made. (Source: Tesla)

We are delighted to say that we had a chance to see and drive in this car in person. Groups of 4 students were enjoying the ride of their lives, while the other were discussing the current and future achievements of electric vehicles. Additionally, a dozen local members and students of KIT also had the chance to join in.

What our participants and members will never forget, is the feeling of the sudden rush of torque from the two electric motors powering the drive train, while being accelerated from 0 to 100km/h in less than 3s!