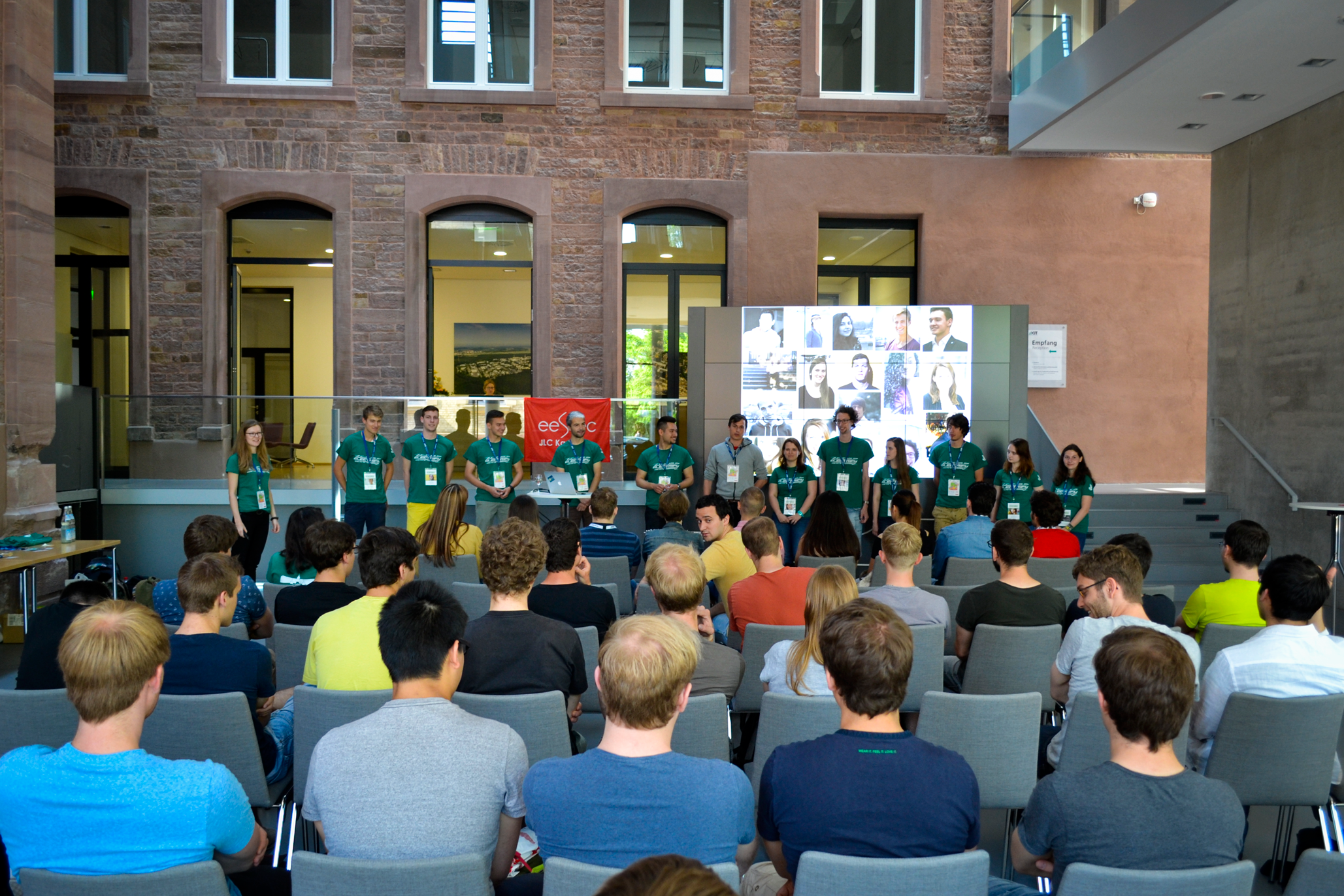 Our first ever EESTEC workshop in Karlsruhe is done! Let’s take a look at the week once again and see how did it look like. The week began with a grand opening in the foyer of the Presidency building of the Karlsruhe Institute of Technology.

Selina Eckel, the vice chairwoman of EESTEC JLC Karlsruhe gave a short presentation about the local committee in Karlsruhe and its work in the previous year. She also welcomed the participants of the Electrify: Mobility of Tomorrow workshop and discussed the academic schedule. Afterwards, the Organizers Team was introduced and everybody had a chance to say a few words about what excites them the most about e-mobility and the upcoming week.

Following the beautiful introduction, Mihailo-Michael Tosic, the chairperson of JLC Karlsruhe gave a short speech about his way to Karlsruhe from Belgrade, Serbia. After asking his German teacher, is it possible to learn German in one year and enroll in a German university, and getting the answer that it depends only on him, he started his adventure more determined than ever. After moving to Karlsruhe and getting settled, he asked around about the possibility of starting an EESTEC group in Karlsruhe. He asked his former Colleagues in EESTEC LC Belgrade, and got a familiar answer, “It depends on you”.

Michael concluded that the participants and organizers have already made a step outside of their comfort zone and into the unknown and have proved, that if there is a challenge in front of you and you are asking yourself, “Is it possible?”, the only good answer you can get is:

It depends on you!
Mihailo-Michael Tosic