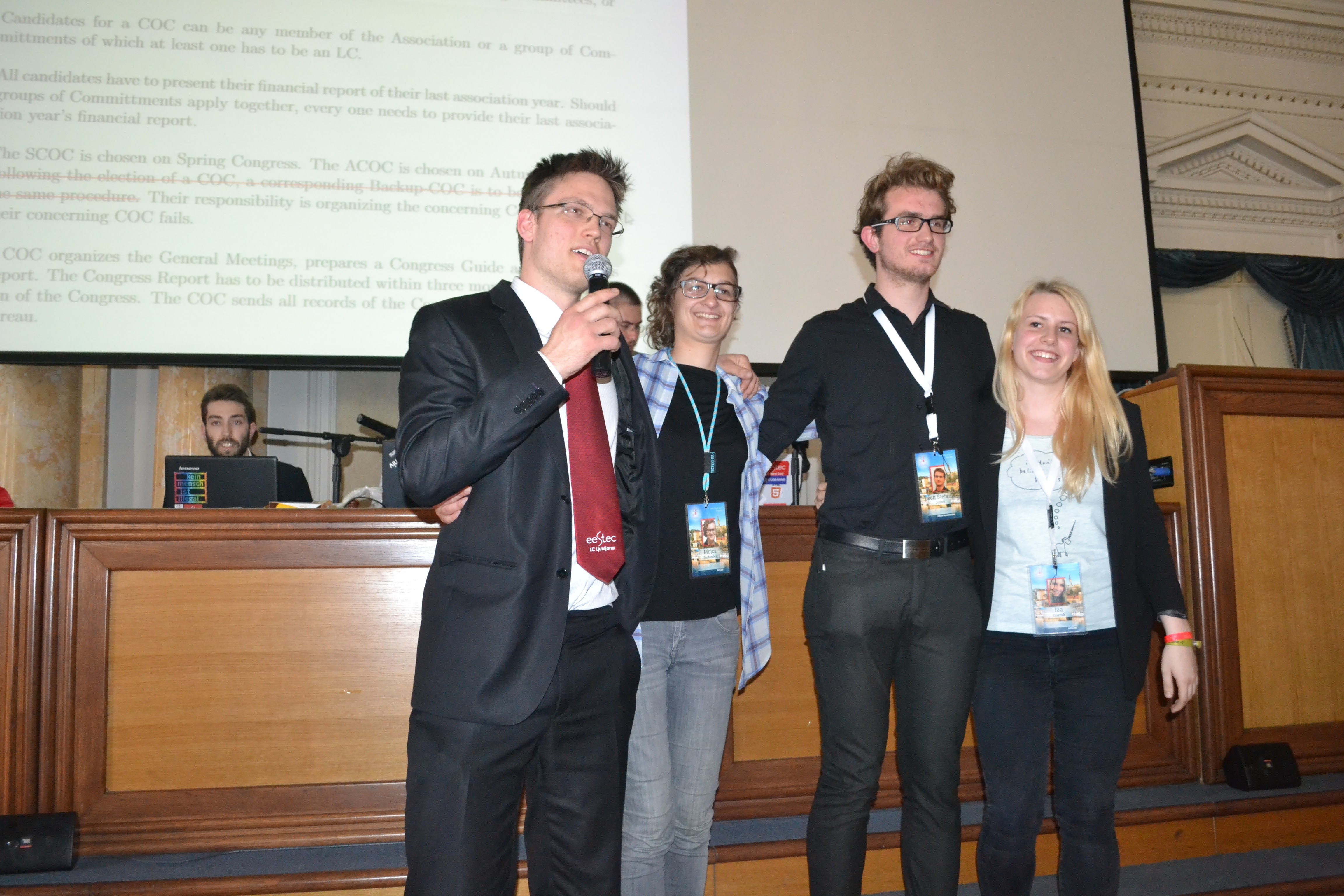 The 31st EESTEC Spring Congress will be organized by LC Ljubljana in Kranjska Gora, Slovenia. This local committee bravely stepped up to the occasion when no other LC declared readiness to host the largest even in EESTEC.

After stating that no LC has applied to host the next Spring Congress, the GA chair explained that not having a SCOC (Spring Congress Organizing Committee) would mean that the International Board would have to be empowered to make the decision at a later date. In the break, LCs discussed the possibility of applying in various groups. The JLC Karlsruhe joined other German LCs and LC Zurich and Antwerp in the discussion. Unfortunately, for a multitude of reasons, no solution was found.

After the break, the GA Chair asked once more if any LC is willing to apply. Only one hand went up and it was a representative of LC Ljubljana, who said:

and received standing ovations from the General Assembly!

Congratulations to LC Ljubljana! We know you can do an amazing congress and we are looking forward to it already! JLC Karlsruhe had 6 representatives on this congress and we hope even more people from Karlsruhe will visit Slovenia next year!