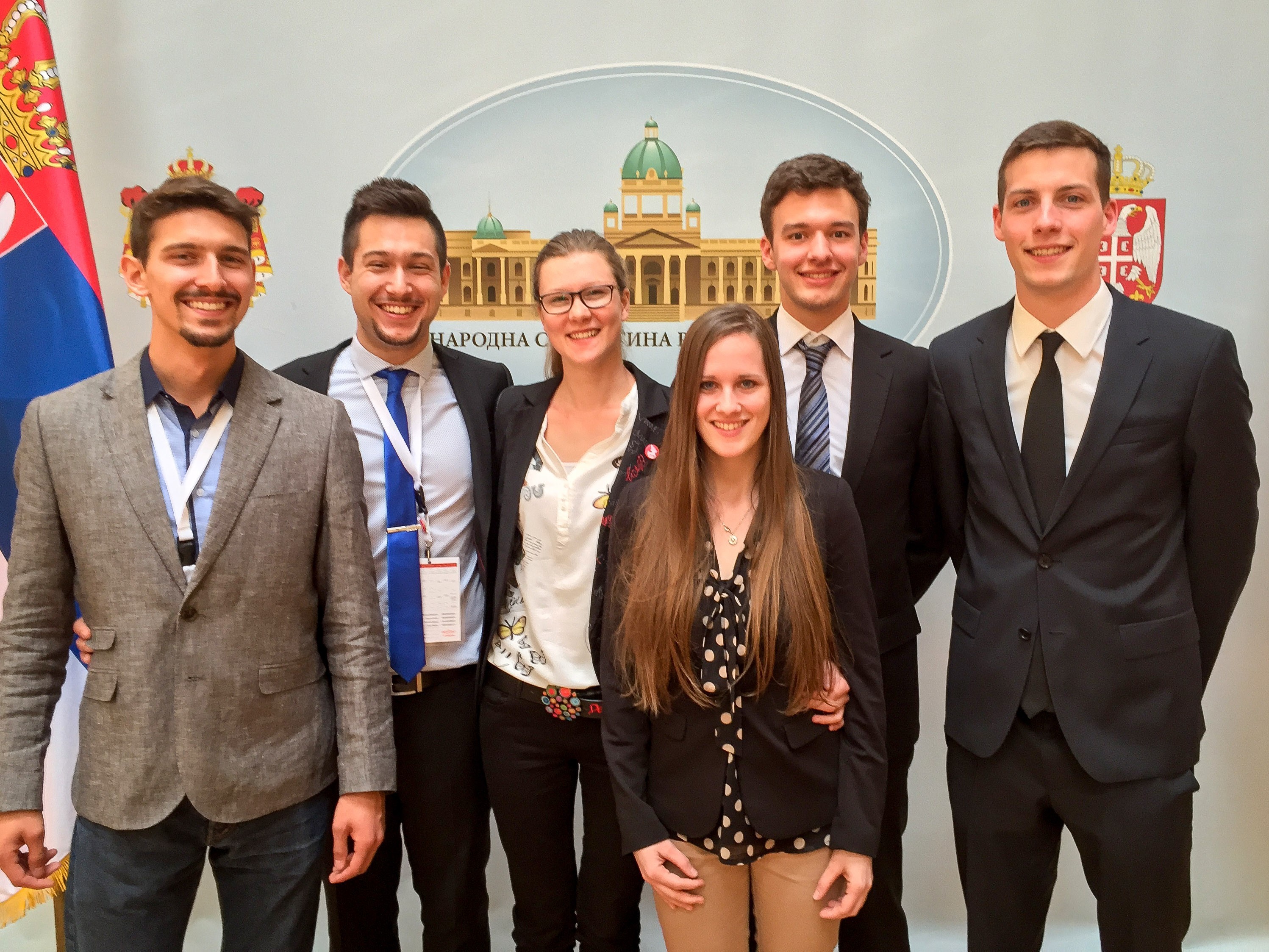 The first GM of the 30th EETSEC Congress in Belgrade was held on Tuesday, the 12th of April 2016 in the beautiful rooms of the National Assembly of Serbia. Karlsruhe was officially represented by Selina Eckel, the Vice Chairwoman. She was supported by the Chairman Mihailo-Michael Tosic, the CP Sabrina Kost and members Daniel Baumann, Maximilian Schwind and Marco Sommer.

After an introductory speech by the Chairman of EESTEC International, Dušan Miloščin, the GM was continued with a tight Agenda discussing the work of the International Board in the previous year, reports from international team coordinators as well as presentations of new Observers and JLCs.