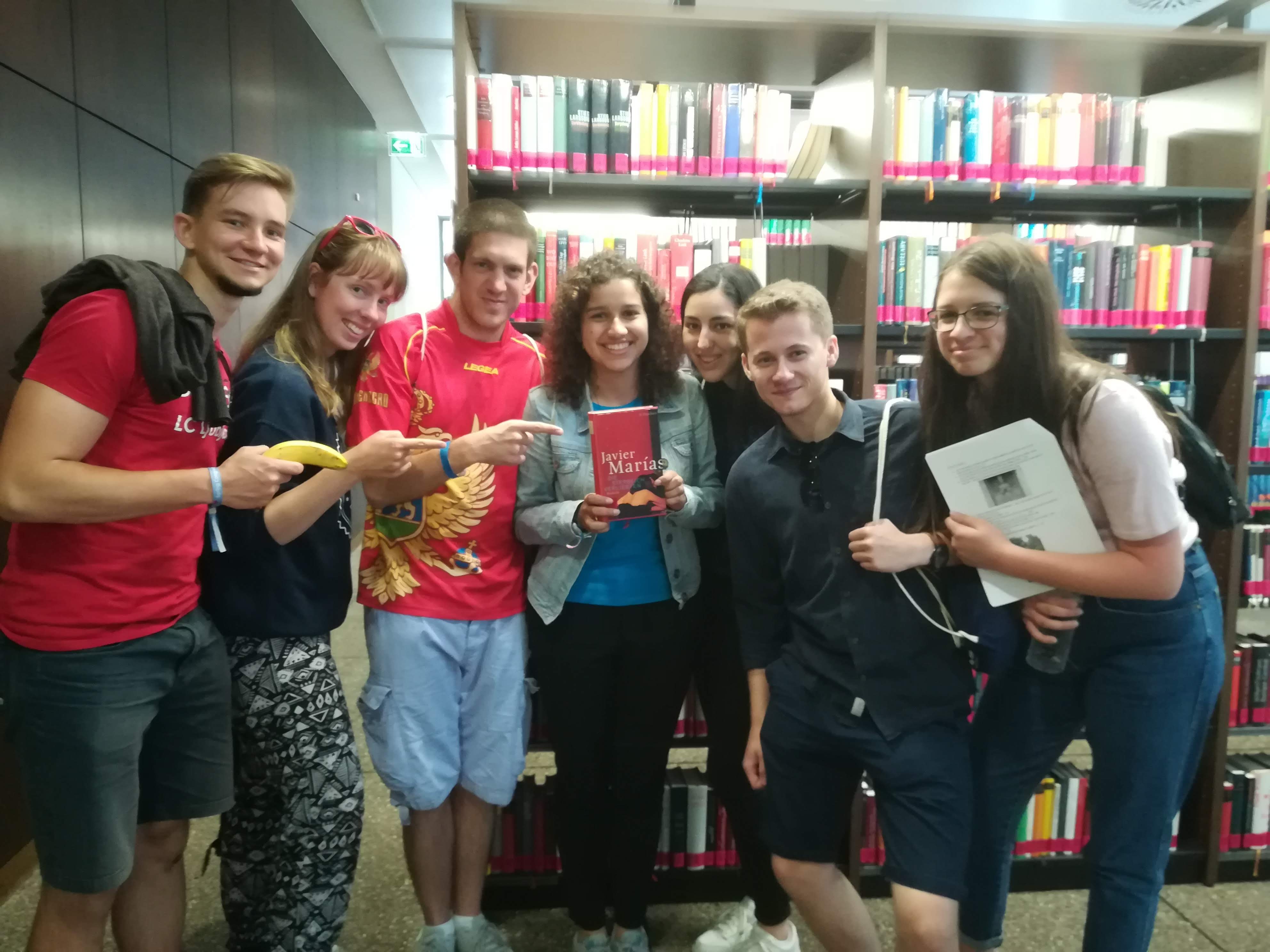 After catching up some of the missing sleep from the whole week, we could refill our batteries a bit on Friday morning before the next event started: the famous city rally!
With the help of a plentitude of funny tasks, everyone had the chance to get to know the city as well as the other group members a bit better while having a lot of fun on the way.
Our tasks started at university the group had to find the most important places. Thus, we started at the library by finding a book from an author of everyone’s own country. After pretending to watch a tennis game on an empty court, we continued to find the historical place where Heinrich Hertz experimentally proved the existence of electromagnetic waves and made a picture in front of his statue. Our journey continued to the nearby palace where we could follow in the footsteps of Karlsruhe’s first king Karl III. Wilhelm von Baden-Durlach. Following the busy life at the courtyard we needed some relaxation which we got by meditating around a fountain. This way we got some new energy and inspiration to continue our journey towards the Hippie culture in a city park. After passing by the elephants in the city zoo, we had some cultural exchange while practicing the slav squat in front of a statue. Unfortunately, this was already our last station before we arrived back at the hostel.