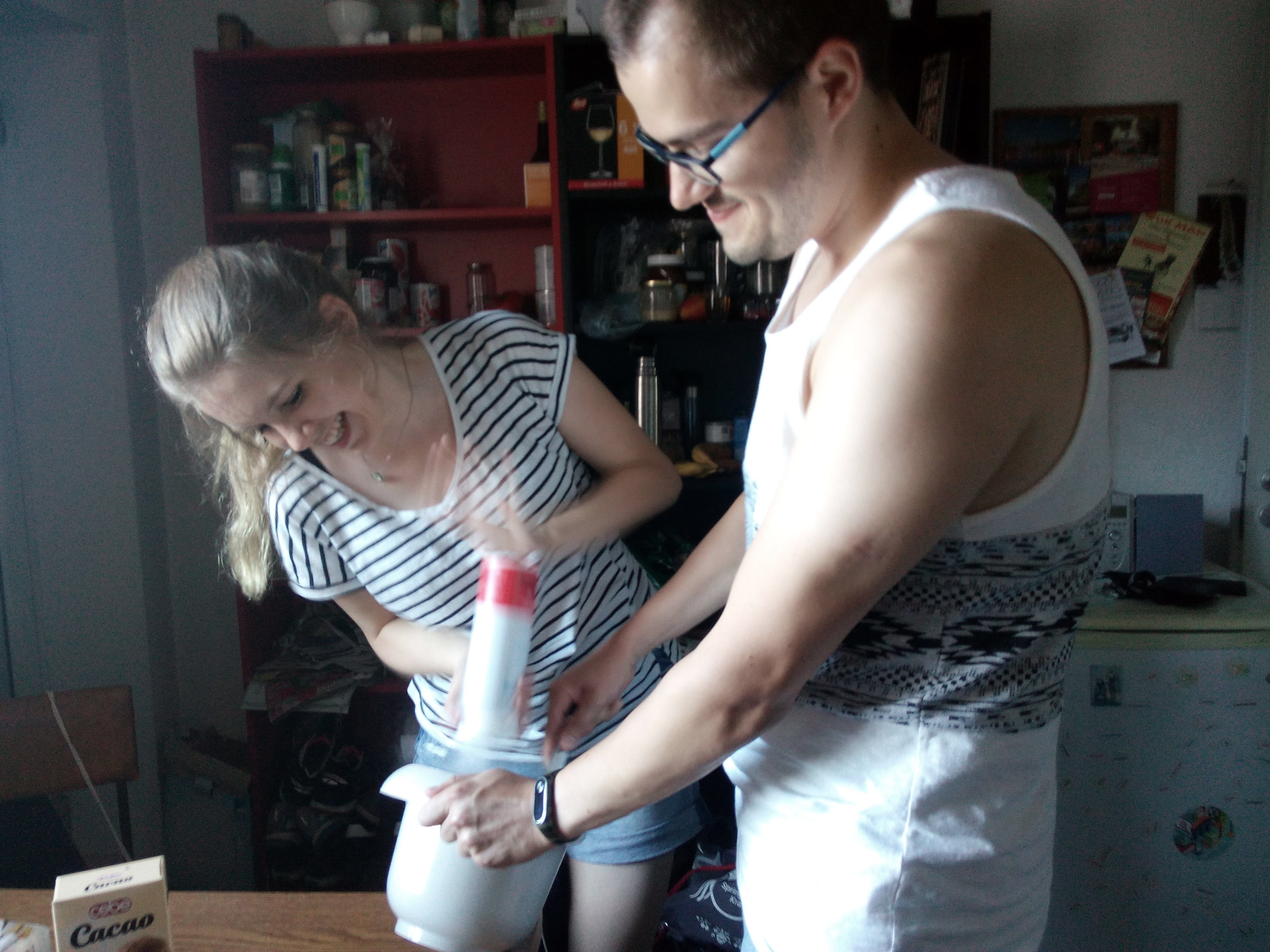 “A ‘Running Dinner’ in an already stressful week? Whose idea was that?” is what you might think reading this name. But let me tell you, it was fun!

At first, the concept is quite simple: The participants are split in small groups with an organizer each. Every group prepares a dish: half of them a main course, the others a dessert. Then you meet one group to eat the main dish together before going to another flat in order to have dessert with another group.

During this time, you get to know your group really well while doing things which would be less enjoyable in larger groups. Those activities include some groups having a video call with each other during their cooking sessions, others having an exciting bike ride through the city of Karlsruhe. Another group had the chance to go on a digestive walk at the old airport right at the moment of sunset, invoking a feeling of awe as everyone remembers the beginning of the lion king. We all started singing and having some more fun.

All in all, everyone enjoyed the Running Dinner a lot, having spent a great time while having created lots of great memories with people they might not have known this personally before.